My mother Lily danced as an extra with the Ballet Russe when it visited Adelaide in South Australia in 1940. Lily was then 18 years of age and her Ballet Company danced at the Theatre Royal. The director of the visiting Ballet Russe requested that my mother join the troupe as it was about to depart to the United States of America as part of its global tour. She declined this offer.

Instead, she elected to join the Australian land army [Australia was then at war with Germany] and helped manage a dairy farm near Naracoorte in South Australia. During this period my mother met a farmer’s son on an adjacent farm, and they subsequently married in 1942. You may see from this how destinies in life can take all sorts of unplanned twists and turns.

As a child of around eight years of age, I recall regularly playing 78 r.p.m records of ballet music as Lily continued to practice her ballet routines in a remote country farmhouse. The record player was a wind up one and the classical music that I can remember from those times were Tchaikovsky’s Nutcracker Suite and Chopin Les Sylphides.

I will now share with you some of the few residual records that exist from around those heady times in Lily’s life and this includes her relationship with the prestigious Ballet Russe.

Some of these remaining records and associated references are as follows:

Touring schedule and other information “The Original Ballet Russe”, circa 1940 in Adelaide

Below: Fragment of a Lost Mikhail Fokine Ballet – ‘Cendrillon’ (‘Cinderella’, 1938)

Below is a video of Lily the student and others at Rishikesh in 1969. The quality of the film is not good. it was copied from an original super 8 film.

Below is a video of the Beatles at Rishikesh just prior to Lily’s visit.

Below: Various photographs of Lily in her Ballet costume 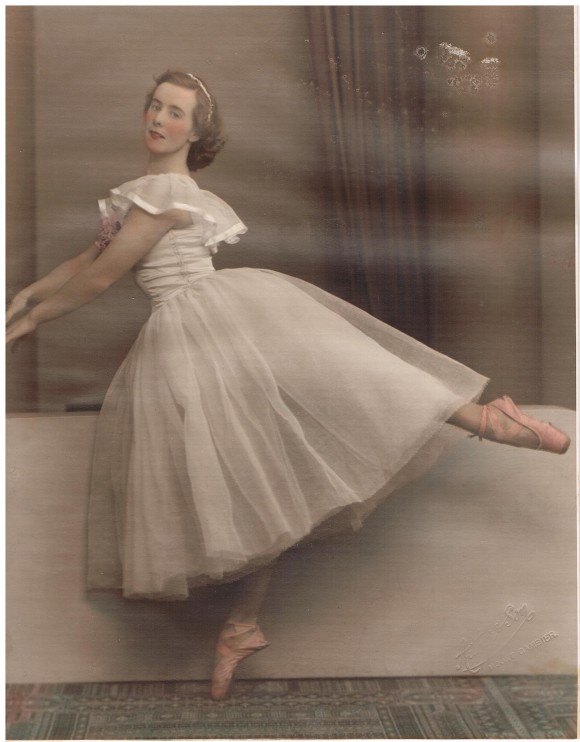 Above: Lily probably preparing for the Russian ballet circa early 1940 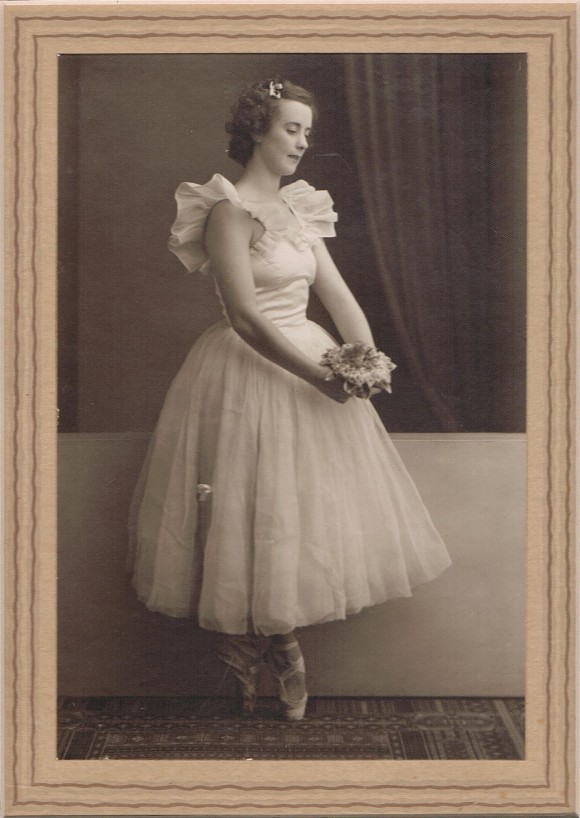 Above: Lily at an unknown location circa 1938

Above: Lily in a ballet entitled “Maid of the Mountain” at the Theater Royal in Adelaide circa 1935

My relationship with Merle

My family was a dysfunctional one. When I was around 12 years of age I met the owner of a Murray river passenger boat whose name was The Merle [Merle]. The owner of this boat was Ro. Ro and my mother were unmarried partners. Merle carried up to 19 fare paying passengers and made one trip per week, over four nights, from Murray Bridge in South Australia to Blanchetown and then returned to Murray Bridge via Lake Alexandrina which includes the township of Goolwa.

The intermittent trips that I had on Merle were very happy periods of my life, in between periods of extreme hardship and violence which I was then suffering at a Catholic boarding school situated in Mt. Gambier in South Australia. Ro was a very kind and caring man and my relationship with him became like that of a father and son.

During the great Murray river floods of 1956, when I was aged 13 years, the flood greatly interfered with Merle’s weekly trips, and unknown to me, Ro was becoming financially stressed as his regular trips with Merle began to falter. It was during this time that Ro periodically asked me to steer Merle along the river.  During such trips, mostly with less than 19 passengers, I played 78 r.p.m. records in order to entertain them.  My mother continued with her hostess activities. Ro did most of the cooking (as an interim measure until he could find another suitable cook in lieu of one that had resigned) as well as maintaining  necessary functions within the engine room.

Merle had twin 6 cylinder Buick engines, and her electrical power system was 110 volts but there was one 240 volts power outlet which was linked to a power converter. The power generator was an English four cylinder Ford Prefect motor. Merle had two bathrooms and two toilets and raw sewerage  discharged  directly into the river. The six inch jarrah hull of the Merle was built in around 1904 and for a time Merle was a barge. In later times she became a steam powered, rear paddle wheel river trading vessel, like a travelling shop. Merle’s conversion into a passenger vessel was completed in late 1940 and her inaugural trip as a passenger boat took place from Murray Bridge in 1941.

As you may gather from these words my experiences with Ro and Merle were not only highly adventurous ones, but also a most happy and relaxed ones as well. My most memorable recollection with Ro and Merle was at the time when we jointly navigated Merle up the flooded main street of Mannum in South Australia. At the time I was 13 years old. Merle was 87 feet long and she had a four foot draft. I steered Merle on that day.  She had a large helm [steering wheel] situated in the saloon [lounge] at the front of the boat. Ro employed the twin motors in an expeditious way that helped facilitate Merle successfully to travel up the main street of Mannum. Ro used forward and reverse thrust with each engine in order to help steer Merle whilst I was guiding it with the rudder. There were around one hundred people in the main street who were witnessing these activities.

On this particular occasion we turned Merle around in the main street of Mannum,  broadside to the sandbags that had been placed across the road. Via an unroped gang plank we then discharged the passengers onto these sandbags so that they could enter the unflooded section of an adjacent hotel. Merle was tethered to the veranda posts of this hotel.

I was deeply saddened and depressed when Merle burnt and sank at her moorings in Murray Bridge on March the 1st in 1958.

The inaugural voyage of the Merle in 1941 (video)

Pictures and stories related to the Merle

Merle as a rear wheeler paddle boat circa 1910

A passenger postcard available for sale on the Merle. This is exactly as the Merle appeared prior to its burning and sinking on March 1st 1958

Firefighters flooded the Merle in order to extinguish the flames. This is a rare picture of the vessel just prior to its sinking

The wreck of the Merle adjacent to the wharf at Murray Bridge prior to its remains being dragged out to the center of the Murray River at Murray Bridge. Mc Lawrie Boat Builders and Salvagers from Port Adelaide conducted the removal

This is a cutting I made from the Adelaide Advertiser story in early March 1958 relating to the sinking of the Merle [I pasted it into my scrapbook]. The story also provides a very useful insight into the Merle’s colourful history 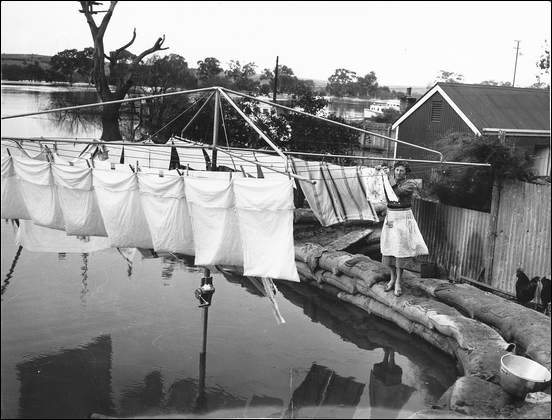 Some readers may like to know how devastating the 1956 Murray River flood was. The above picture was taken at Mannum in South Australia. This is the flood conditions that existed at the time when I steered the Merle up the main street of Mannum in late 1956