This is an extraordinary story in so many different ways

I disbelieved it the story when I first read the about it. It is a story about a World War Two bomber.

Did you know that the Dreadnought class of ship sparked the 20th Century’s first arms race in 1906?

Is the younger generation becoming complacent about the possibility of another major world war?

There was a time not long ago when the distress of a domestic cat ranked higher in a prestigious American Journal than the skulls of dead Japanese soldiers being used as ornaments on battle tanks and office paper weights in American businesses and homes. I point out the title of this blog is appropriate to all other material you will find herein. The title is derived from an extract of an article in Reference 1. Further material relating to the Pacific war against the Japanese in the 1940’s is cited in an url I have nominated as being Reference 2. Similar atrocities on the Vietnam war are cited in Reference 3. I think a follow on Wikipedia article provides a fairly good summary of what my blog is all about and why I elected to write it in the first place. Following the Wikipedia file is a pdf file that pictorially depicts the worst and the best of war at the front line.

As a young teenager in the immediate post World War Two (WW2) period, like many other young men of my time I was fascinated by the stories of war. Whilst it is true that we saw movies about war that showed military equipment in action and soldiers being killed and wounded, I now appreciate how sanitized the material was. I have found it is only in more recent times that some of the more grisly truths of the period are beginning to come forward out of military archives. It is now clear to me that there were extensive cover-ups by all combatants. The big difference between that war and the more localized wars of today was that war correspondents today have the ability to produce film footage that can almost immediately be shown on television. In political circles, it is well known that the Vietnam war might have come to a close much earlier than it did if it had not been for television news relentlessly reminding Americans of the horrors of war as they watched the evening news. They became progressively tired of and frustrated by it. However, just as war footage was sanitized during WW2, so also was that from the Vietnam conflict by the military establishment before it was allowed to be made public on international TV. In other words, in both wars we saw what we were allowed to see.

In this blog it is my intention to demonstrate to my readers the fuller nature and extent of the filtering of the military news that took place during and after the WW2. I have attached a separate paper relating the needless atrocities that took place in the Vietnam War. I believe there is a strong message in these words for those in contemporary society who may feel that whilst war is pretty horrible and ugly, the future will quickly transcend the full depth of such horrors, and life will eventually return to being relatively normal again. From my reading and life long experiences it does not work this way at all. For example, my grandfather was peppered with shrapnel during the Gallipoli campaign. Our family was compelled to share his inner psychological grief and physical suffering until his 70th year. I still periodically think about our experience with him and I retained his old walking stick after he died as a memento of the times. It was not an easy experience for any or us, more especially as he was in and out of hospital at regular intervals, and we were never sure if he would return home or not.

A talk about the indescribable horrors of war and the associated political cover ups thereof.pdf

One of the submarines had been carrying very interesting cargo to Japan that was still fighting in World War Two.

“U-234 arrived in Portsmouth at 7:30 am on Saturday, May 19, greeted by swarms of journalists. It was the biggest prize of all the Nazi U-boats, and the high-ranking officers aboard made it a major news story.

The submarine was found to carry a disassembled Messerschmitt Me 262 jet fighter, prototypes, technical documents describing new weapons and several senior weapons technicians. The two Japanese scientists were not on board. They had committed suicide by taking an overdose of sleeping pills and were buried at sea.

What wasn’t revealed at the time was that U-234’s cargo included 1,232 lbs. of uranium oxide, thought to have been taken from the submarine at Portsmouth. It was later used in the Manhattan Project for the Little Boy atomic bomb dropped on Hiroshima.”

In other words it seems as though that in the final days before the collapse of Nazi Germany the Germans and the Japanese had come to an arrangement whereby Germany’s then expertise with nuclear technology was to be passed on to Japan in order for Japan to continue to be able to prosecute the war against the allies, and perhaps still win.

“The Lusitania made her maiden voyage from Liverpool to New York in September 1907. Construction had begun in 1903 with the goal of building the fastest liner afloat. Her engines produced 68,000-horse power and pushed the giant through the water at an average speed over 25 knots. Dubbed the “Greyhound of the Seas” she soon captured the Blue Ribbon for the fastest Atlantic crossing…

…On May 7 1915, the ship neared the coast of Ireland. At 2:10 in the afternoon a torpedo fired by the German submarine U 20 slammed into her side. A mysterious second explosion ripped the liner apart. Chaos reigned. The ship listed so badly and quickly that lifeboats crashed into passengers crowded on deck, or dumped their loads into the water. Most passengers never had a chance. Within 18 minutes the giant ship slipped beneath the sea. One thousand one hundred nineteen of the 1,924 aboard died. The dead included 114 Americans.”

Below is the article cited above:

Below is the animated movie:

Enter this gold mine here:

Pat Mills gives an insight into writing Charley’s War and why he believes how mechanised warfare – machine guns, zeppelins and planes – made WW1 the world’s first science-fiction war. I believe that this BBC item is likely to be of interest to you. http://www.bbc.com/news/uk-scotland-27142836 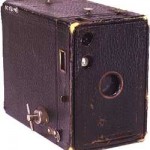 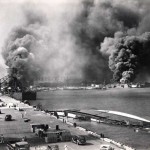 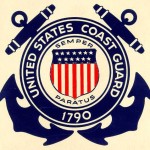 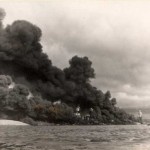 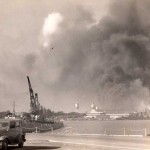 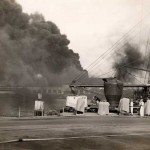 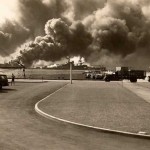 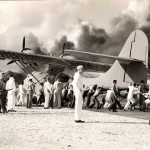 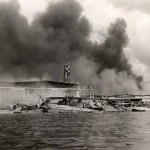 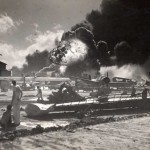 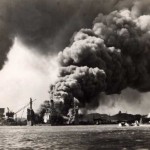 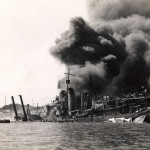 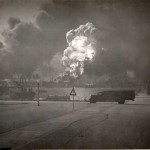 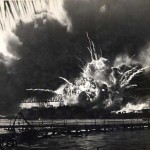 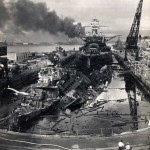 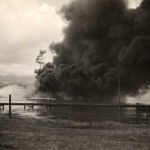 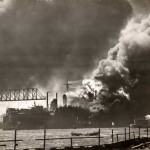 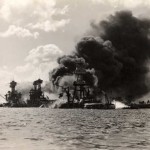