I recently wrote this item for the benefit of a young relative. I wrote it to encourage him to be not afraid to think about what the “big picture” might be in the wider universe around us. I have made no serious attempt to prove anything and kept the references to a minimum.

“All ‘things’ are somehow related to quantum fields (fields)*. There are relative (temporal) and non- relative (ontological) fields and both can be seen as influences relating to some sort of universal ‘whole’. Whereas temporal fields relate to observable and measurable ‘things’ and events related thereto, this is not the case with ontological fields that include intuition and awareness. This means that there are two different types of causation with respect to the workings of the ‘whole’.

There are givens (meaning simply how things are) in the universe. These include gravitation of at least two different types, that relate to either the effects of the Big Bang or to the rules of nature, such as those between objects such as galaxies and other types of universal systems. These might also include other universes and dimensions. Light, electricity, magnetism and the hidden laws of random and geometric nature are also givens. All of these givens have effects of some kind on each other.

They, and their inherent individual properties seem to be influenced and ‘carried’ by a ‘hidden’ (in physics called hidden variables)** ontological neural network. One example of a property is speed as it relates to light, and another is electrical charge as it relates to the properties of the electrons and photons in atoms. Science does not know how it is that particles (like gluons and quarks that ‘hold’ the universe together) have the mysterious ontological properties that they do, nor for what reason they act in manner that they do.

Temporal objects and their relationship to other temporal objects are related to clocks and/or the speed of light as per the rules of relativity physics, that is, between smaller or larger objects. Motion of objects is also temporal. The effects (influences between objects not touching each other) of these diverse temporal relationships can be linked to standard causation scientific theory.

They are knowable, observable and measurable. On the other hand, ontological effects between objects are knowable and can be experientially detected (like psychokinesis and telepathy), but they cannot be observed and measured in accordance with the normal rules of physics. Both of these ‘types’ of temporal and ontological effects are relational to a separate holistic ontological field that is related to the external ‘perimeter’ of an ever expanding universe (as it relates to the speed of light).

This three-way concurrent relationship can be seen as being in different temporal and ontological ‘averages, densities and ratios’ with each other. All fields can be seen as containing patterns of information that mean something. These concurrent relationships between each of these three ‘fields’ is in turn related to the ontological sub-quantum rules of quantum mechanics. This is a field of indeterminate randomness. The rules of temporal relativity physics is determinate. It is the indeterminate effects of the universal ontological whole that are causal to the wider universe as being random. This theory can also be applied to the ontological and temporal human condition as well as its ‘connection’ with the wider field of nature.

All things and events operate within their own temporal or ontological field reference frames. These reference frames might be seen as being like continuums that exist in a parallel concurrent relationship with each other until the speed of the expanding universe exceeds that of the speed of light. It is this ontological relationship that gives ‘meaning and purpose’ to universal reality. This is through continuously changing morphic resonance and fields (ontological sub-quantum telepathy-like influences between organisms that is the cause of the formation of matter as discussed in item two).

We, as ‘complete’ persons, together with our thoughts, decisions and behaviour are representations of this universal process, the oneness of the universe.

There are seven demonstrable and describable ontological (sub-quantum) keys that help to explain this dual relationship as well as how it might work in the manner that it does (they are too complicated to include in this type of document. If you are interested in them please mail me and I will send you a copy. One of them is non local entanglement theory as demonstrated in the cited animated video).

If you are confused about this type of complex quantum field physics debate the following quote is linked to a statement that the late distinguished physics Richard Feynman made to students before one of his lectures.

As a concept scientist I fall into this bracket too.

“…Reality is fundamentally different from our classical picture of a smooth, continuous, well-defined Universe. Although it’s true that these quantum fields began as a mathematical construct, they describe our physical, observable reality more accurately than any other theory we’ve concocted…”

** An example of a hidden variable is…

I suspect that the distinguished physicist Dr Adam Becker might also be echoing some of these points in his 2018 Harvard University lecture as well.

Later amendments and corrections are envisaged.”

This link provides information as to why the author claims the Titanic was bound to “fall apart” at some point anyway. 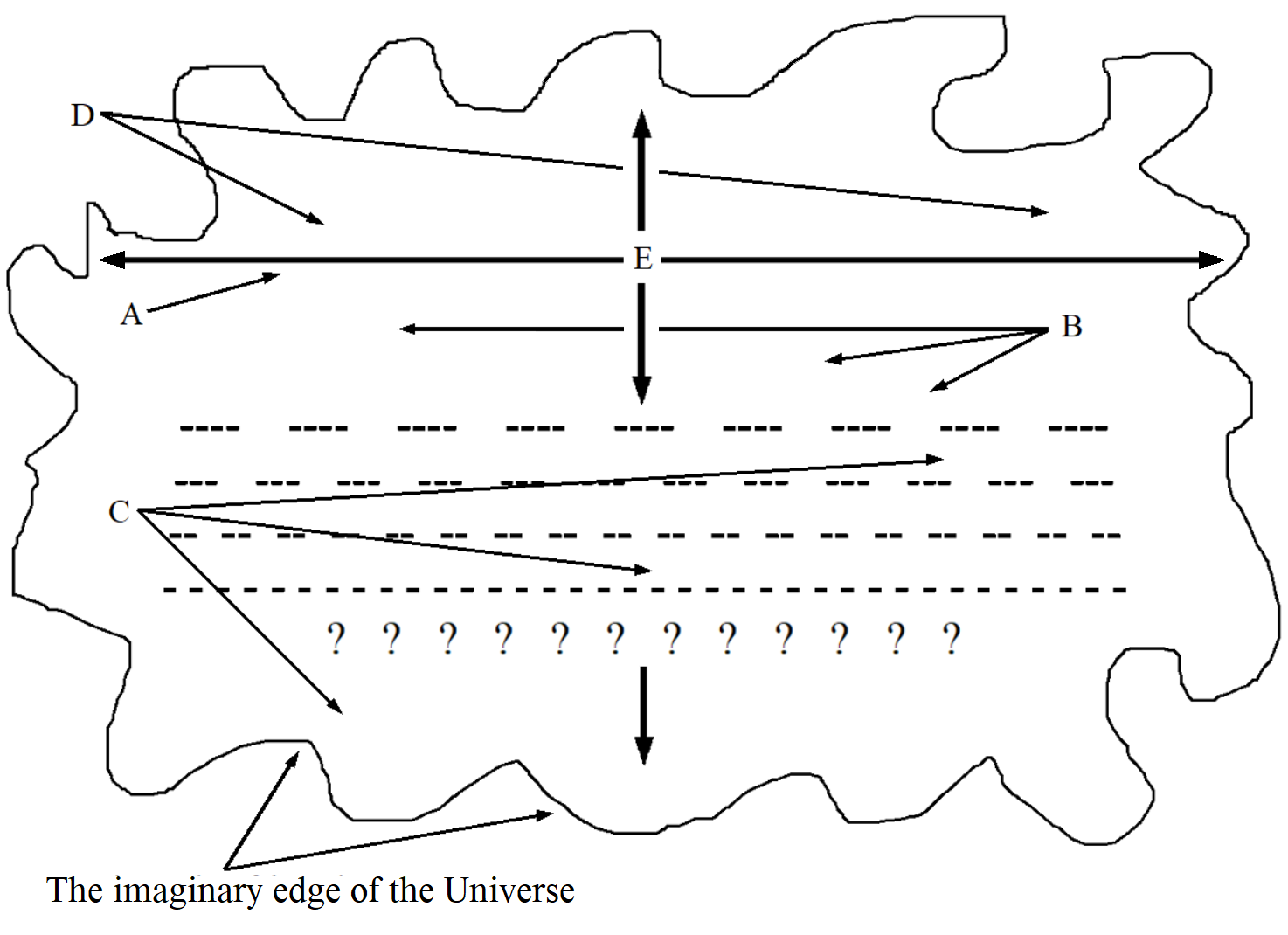 News about developments in modern military weapons and equipment

1] The U.S. Navy’s Worst Fear: How China Could ‘Kill’ an Aircraft Carrier

3] See This Missile? It Might be the Navy’s Most Crucial Weapon in Years

6] You Sunk My Carrier: How the Navy Could Sink China’s New Aircraft Carriers

7] Study This Picture: It Might Be the Future of U.S. Navy Submarines

8] The U.S. Navy’s New Attack Submarine: The Most ‘Stealth’ Sub Ever?

9] No Bigger Secret: Why the New Mach 5 SR-72 Spy Plane Could Be Everything

14] Is Russia Creating A Nazi-Style Army of Genetic Supersoldiers?

17] How Chinese hypersonic missile advances are inspiring the US to dust off ‘Star Wars’, as the ‘great power competition’ resumes

A fanciful little presentation about nothing

In early 2013 I wrote a pocket-sized booklet entitled “Big-Picture Reality – Is there something we are missing?” I referred to the work as being a fanciful presentation about nothing. The booklet was 48 pages in length and its contents were about reality as I “sensed” it might be at that time. There were very few references in the presentation and it was written in a rambling undisciplined style.

When I recently rediscovered this work on my computer, I noticed that I had made it clear at the time that I saw it as being pseudo-scientific and that I just make guesses with my ideas. Furthermore I was not a scientist. In other words there was no pretence on my part that the document was any more than a story and it should be read accordingly. I also made it clear that I was not seeking to prove anything. I never circulated the booklet because I belatedly decided it was a bit of a joke and therefore it was worthless.

Today, however I think that I was a little too harsh on myself for making such an arbitrary decision. With the benefit of hindsight I see my effort at that time contained many of the beginnings of my science related line of thinking and activities today. This includes what I believe in about science.

I am posting the original text in a blog today exactly as I wrote it. This is because I feel that it might contain material and ideas that could provoke students of science to look beyond [over the horizon] the content type and style of science that they might be commonly exposed to in educational institutions today. Other readers may find it to have interesting content as well. The link to a refined PDF version with the same information of the document immediately follows:

Gary Lockwood’s political memoirs offer deep insight into the “raw” nature of the Australian Labor Party “machine” at probably a deeper and more revealing level than any other political historian ever has.

Gary became a member of the Shop Assistants Union at the age of 15 in early 1950’s. From those early days in his political life he has been both a witness and a player in some of the greatest upheavals and changes in Australian Labor party history. This is more so in respect to South Australian ALP politics.

I believe that you will find Mr. Lockwood’s 2011 speech to be both historically fascinating and politically compelling.

Speech to Flory Sub Branch in 2011

Something that I feel that you need to know

My science related articles have been written over a seven year time span. Thus my knowledge base, interests and beliefs have progressively changed over time. In some cases I have decided not to update some of my earlier scientific writings. It is for this reason that all of my science related material should be primarily read as though it were a line of thinking at a given time. My blog entitled “Is there something that we are missing” is an example of this. My general policy with respect to my reality science research is to always do the best that I can in order to provide to my readers reliable (not necessarily always proven by experiment or observation) informational evidence for them to consider. This is albeit such evidence might often be incomplete (as you would expect anyway) and furthermore might be seen by some of my readers as being misleading or incorrect.

My readers may have noticed that recently I decided to no longer post new blogs with individual news stories. This decision does not mean that the old unique stories that I used to post on your behalf no longer exist, in fact the opposite is true! If you care to read about highly interesting and sometimes controversial events that are usually not covered by the Australian media you will find a good range of articles in my four blogs entitled:

1] Out of the ordinary news of the times

2] Geo-politics and the potential for war

3] Unusual stories that I feel are likely to interest you

It Was Way Ahead of Its Time